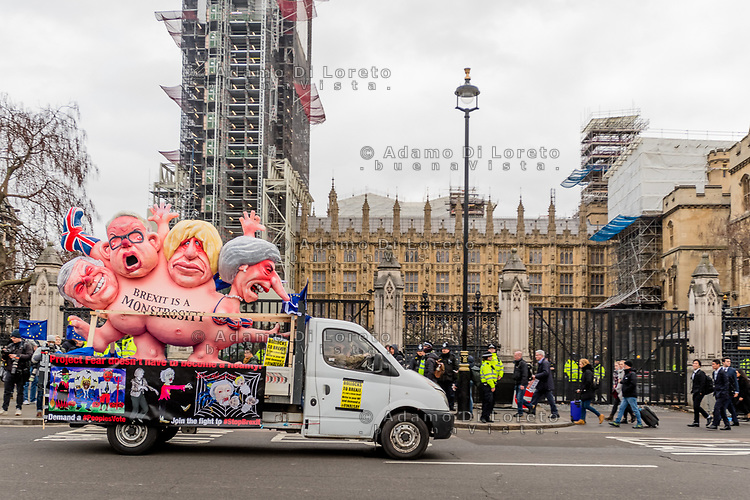 LONDON, ENGLAND - JANUARY 15: Caricatures of Conservative politicians are driven past the Houses of Parliament on January 15, 2019 in London, England. Theresa May's Brexit deal finally reaches the House of Commons this evening and MPs will begin voting on it at 7pm. The Prime Minister has consistently said her's is the only deal that Brussels will entertain and urged support from Parliament to avoid the UK crashing out of the European Union with no deal. Photo Adamo Di Loreto